Dating, the Universe and Netflix. 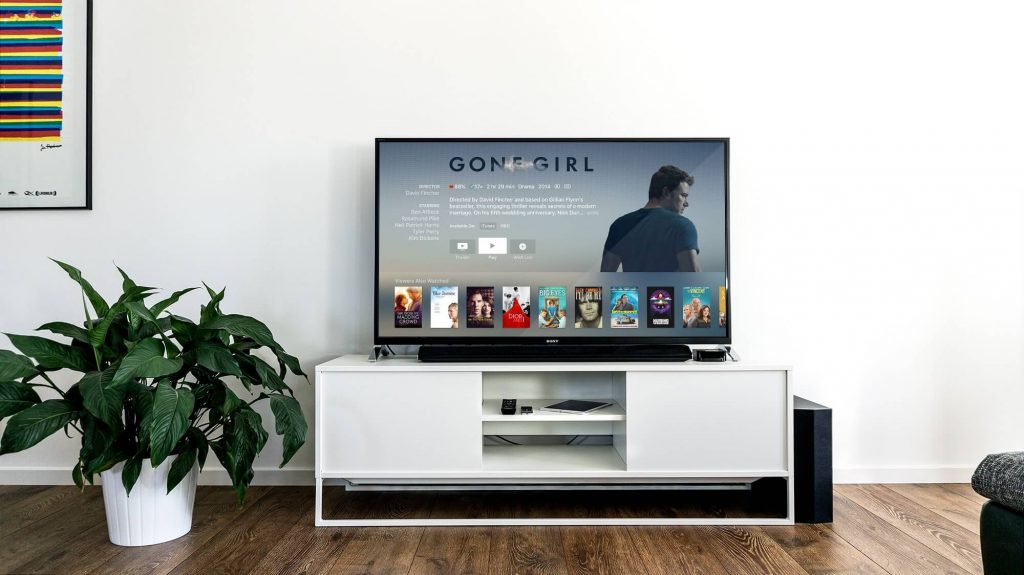 I’m going to make a pretty bizarre metaphor that involves the universe, Netflix, and dating. And no, I won’t mention Netflix and chill, promise. Let’s see how this goes!

Last week I had a session with one of my love bug clients (ok fine they are all love bugs) and the usual topic of dating came up. Now, while I haven’t really dated in quite a long time, I unfortunately still feel like I’m fresh on the market because I listen to the stories of what current dating has evolved into.

Ya so turns out it’s not so easy. In fact I’ll spare you the gory details.

However, I truly believe there are a few mind shifts we can adopt that will make the process so much easier. And successful.

So let’s walk through this halfway formed metaphor.

Let’s take a page out of every big-time life coach’s playbook and talk about manifestation. I personally think Jen Sincero NAILED this concept in both of her best selling books and would like to reiterate it here to get us started.

So first things first, she asks you to lean on something larger than yourself.

But hold on hold on HOLD ON this does not mean God if you are not religious. This can mean “the universe.” This can mean “good vibes.” This can mean “karma.” I personally like thinking about it as frequency because it’s more visual in my head that way. I picture those power lines outside and imagine jumping to higher ones when I’m with people who really get me. And then when I am with total buttheads I picture falling off one and dangling in the air holding on for dear life. Because that’s what life with buttheads feels like.

Anyway, the point is you have to at least acknowledge that there is some sort of connection between your thoughts and the environment.

If you can believe that your thoughts have power, you’re already on your way. Believing that your thoughts transmit energy and actually have influence over how things turn out for you is something I highly encourage you to consider. Perhaps God, or another higher power that you believe in, can feel and sense your thoughts and help guide them in the right direction. Or maybe the energy is actually legit and some crazy-ass science is happening in the invisible world.

But I do know that if thoughts don’t have actual power, then what’s the point of self improvement at all?

So, k. Something cool is happening in the universe and your thoughts affect it. Next.

Then, do some assuming.

She wrote a book all about money. Later on I am going to turn this metaphor into a dating comparison, so as you can see, this stuff works for pretty much any goal you have.

So the metaphor goes like dis: A lot of us feel intense anxiety about finances. We worry we won’t have enough when we’re older or that we’re already behind or that we don’t deserve money or blah blah blah.

Sincero poses an interesting thought. If you knew that all of the wealth you desired was locked away in a garden shed a few blocks away, would you relax knowing you could find it eventually? Would you feel better about money and finances because you had full assurance that at some point in your life you’ll have the key that literally unlocks everything you dreamed of?


Why hell yes you would.

Your thoughts would transform. Instead of worrying about the next bill that comes through or how you’ll ever afford a house let alone a cell phone or accepting an invite out for a nice dinner – you’ll be manifesting.

You’ll be dreaming about what you’re going to do with your newfound wealth and how much it will change your life. You’ll think about the charities you can donate to and the people in your life you’ll be able to help out and how you won’t ever have to worry about data overages ever again because you’ll be living that unlimited life. And most importantly, you’ll relax around the people you love and have faith that your life is not always going to be so stressful.

So what does this have to do with dating?

Tackle dating just like you’d tackle your finances if you knew that all the wealth you’d ever imagined was just around the corner.

If you KNEW that your ideal partner was inevitably going to be yours one day, wouldn’t you be so calm? Wouldn’t dating all of a sudden be FUN? Wouldn’t you be the most confident, secure, and enjoyable person to date, EVER?

You’d walk into dates thinking, “This is going to be fun.” Because if this date isn’t THE date, then it’s one less obstacle before finding THE ONE (or close to it). And if they are the one, then YAYYYYYYYYYAYAYYAYYAYAY!

And the best part is, you won’t freak out if the spark just isn’t there. You won’t put all of your dating eggs into one disappointingly uncommunicative shithead basket. Instead you’ll sip your Pinot Gris and think, “Next.”

Maybe from time to time you’d get annoyed at the selection you continue to court, but we will go over that in a second. Otherwise you really wouldn’t have much to complain about. Sure, it’s annoying that you can’t control the timeline, but when can we EVER control the timeline of ANYTHING?

(((if you still think you can control all of the timelines you should probably check out Blush coaching.)))

But if you can chill out with the time stuff (it does take practice), then you could go through life with the total assurance that the right person will make themselves available at the right time. And then ya, go get yourself married girl. And until then, you can have some fun.

If I may, I’d like to offer one last metaphor.

Try to think of dating as a scavenger hunt.

Remember being five years old and celebrating Easter or a birthday party with a MARVELOUS scavenger hunt that simply consisted of you looking behind bushes and on low hanging branches for chocolate treasure? It was FUN because you knew that even if you looked in the wrong place, eventually you would find something. You KNEW that candy was waiting for you – you just didn’t have a clue when you found it. Arriving at an empty hiding spot only meant that you could cross that place off your list and look elsewhere. And once you found that chocolate, life really was so sweet.

Dating = a five year old on a scavenger hunt. That’s how you crack it.

Ok…so…what does this have to do with Netflix?

So remember when I mentioned that you might not like the selection of suitors you have during the dating scavenger hunt, and that might trip you up a bit during the process?

I think I have a way to get rid of that.

Back when Netflix first hit your television screen, you were probably overwhelmed. Its curation left something to be desired. It told you to watch rom coms and sci-fi and thrillers and horror and quirky indies and epics and sports movies. It honestly had no clue who you were or what you liked, so it just threw everything at you hoping you’d select something. So finally you pulled the plug and put on Sleepless in Seattle.

Then, the next day it suggested You’ve Got Mail. And then 16 Candles. And then Pretty Woman.

And then you fell madly in love with Netflix.

Until two things happened that left a bad taste in your mouth.

1. You realized you hadn’t seen Spotlight in a while. Suuuuch a good movie, yeah? So you put that on and had yourself a great Friday night.
2. Netflix suggested Le Divorce which you later found out after wasting two hours is a total crap movie.

Now, your Netflix home screen is full of shitty Hallmark movies and the boring critically acclaimed films. Where did Clueless go? What happened to The Office? Or the West Wing?!? BRING ME BACK JED BARTLETT WHAT IS THE MEANING OF THIS?!?!?!

Your curation is all jumbled because you led Netflix on. You made it think you were into these certain types of films, when really, it was just a one-time thing.

The way to get your Netflix back is to accurately rate the films. You gotta give Parks and Rec as many stars as humanly possible, make sure to watch Unbreakable Kimmy Schmidt on your profile and not your mom’s, and admit that while you sat through Sliding Doors, it really only deserves two and a half stars. (Sorry, Goop fans.)

You cannot keep letting the universe think you’re totally ok with subpar partners. If you don’t like it when guys don’t text you back or set plans for the weekend, stop dating them. Give them a metaphorical one star rating. If you had a pretty good time on a date but really didn’t appreciate a few snide remarks, make sure to admit to yourself that it was a three star date, at best. And yeah, consider not going again.

If you continue to give EVERYBODY five stars and approach dating like you are the luckiest person to be out on a date with ANYBODY with a pulse, then the universe is going to continue to fetch you one star dates. Just like Netflix will keep trying to shove Bright down your throat. Noooooo thank you.

The universe is not a mind reader. You have to tell it what you want through your thoughts and through your BEHAVIOR. Make it obvious. And if it makes a mistake, gently – or not so gently – correct it.

Like whenever I decided to watch Black Mirror and Stranger Things in the same week, Netflix decided I would only watch creepy sci-fi shows from then on out and completely abandoned my “Movies With a Strong Female Lead” selections.

I went on a rating RAMPAGE and made sure Netflix knew I was still a sucker for quirky rom coms and would never, EVER abandon Diane Lane until my LAST. DYING. BREATH.

You gotta tell, not ask, the universe what you want through every angle of your body. Say it, think it, act it.

Be your own curator. Be selective.

Enjoy the time you spend with others but be honest with yourself when you’re really not into something even though you feel like you should be. (Guilt sucks). Everybody has that ONE movie that they secretly hate but everyone else loves – and that’s ok. I mean, I can’t tell you mine or else you’ll stop reading this blog but it may or may not be one of Jim Carrey’s early hits.

And that’s all I will say about that.

Be honest often. Have the confidence and faith everything you want is just around the corner, continue to send out exactly what you want into the world, tweak as you go along, and please – have some fun.

So there we have it!

This is how dating, Netflix and the universe all tie in together without ONCE mentioning Netflix and chill. I hope I did not disappoint.