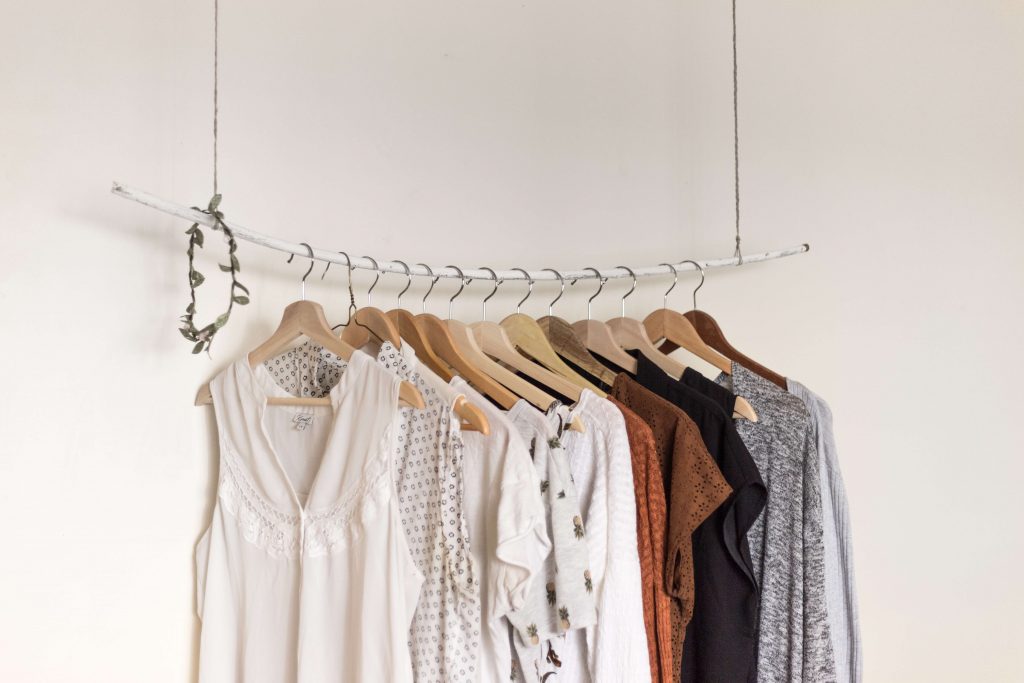 …And we know you guys are all thinking the same thing: Ugh, I need a new pair of shorts, stat. Or maybe a new bikini. And definitely a new romper. Definitely.

But then, you realize, blah, you have to go shopping. Saks doesn’t just magically appear in your closet—you need to go try it on. (And when I say Saks, I mean Forever 21.) So, unless you are an incredibly gifted online shopper (how do you guys know what is going to fit you from pictures? Such talent), you are going to need some tips on how to survive the soul shattering self-esteem sucking journey to the dressing room, romper in tow.

Here are some tips to help you survive shopping this summer.

My brother recently returned back to the U.S. after a year-long stay in Meknes, Morocco. After a 387478583 hour long plane trip and a 2,000 calorie Mexican food dinner, he decided his next adventure would be to the mall. Yes, the mall. The man needed some clothes! And apparently, he needed them NOW. So, not wanting to anger it, we marched ourselves over to Northpark Mall to start scavenging for hipster wear.

I, being the the ever so stylish person I am (lol) told him to try out H&M. It’s cheap, it’s trendy, and it’s easy. Perfect. Lez go.

He tried on fitted tee after button down polo…but nothing seemed to fit. I’ll admit, he had lost some major weight on his adventure abroad, but it was kind of odd that nothing fit him. I was hoping he wasn’t starting to feel down on himself.

Ha. Not even close.

After the 5th shirt, without missing a beat, my brother put his hands in the air and announced “This place is dumb, we’re leaving.” He calmly placed his pile of unwanted shirts on the table, and simply left.

“Damn. Those clothes were stupid. What is wrong with them? I’m sure Banana Republic has NORMAL clothes.”

Instead of internalizing the problem (my body is all wrong, these clothes are perfect, but they don’t fit me because it’s my fault), my brother declared that H&M was BULLSHIT and that THEY were the ones with the problem. His body was fine. Nay, perfect! And we were going to find some REAL clothes that knew what was up!

Damn. If every girl out there could externalize the problem, shopping would be a much more fun experience. We wouldn’t beat ourselves up for those snug jeans or short jackets. Instead, we would assume that the designer doesn’t understand how our bodies are made. And then we would simply go find somewhere else who did understand.

Next time you’re in a store and something doesn’t fit, try to externalize the problem. Maybe that particular brand doesn’t design for broad shoulders, long torsos, or round butts. And you know what? That’s not your fault. In fact, it’s their loss, because you’re going to take your business elsewhere. Like apparently, Banana Republic.

One of my favorite stores in the world is Nordstrom. It’s my mothership. I worked there, not once, but twice. In two separate departments. And I STILL go there whenever I can (or more like whenever I can afford it). But really, why would you buy anything from anywhere else!? They don’t have a return policy! They returned TIRES for goodness sake! Plus they always smell like fresh pink shoes! It really is love.

Have you guys entered into their dressing rooms? Ever? It’s an experience, let me tell you. Why? Because the lighting is an absolute abomination to girl-kind. They put these like, searing white butthead bulbs into these overhead track lights RIGHT above your dressing room so that ANY inch of cellulite, fat, marks, or bruises are highlighted. And wha-la! You’re not looking at the clothes anymore. You’re looking at the three pounds that accumulated on your hiney after a weekend on the lake. Oof.

However, this doesn’t mean that the clothes look like that on you in everyday life. Unless you are going to the SUN, those little imperfections aren’t going to show up in normal people daylight. And if they do, they aren’t even a fraction as heinous as they look in the mirror! Girl, you hot. You know it. You strut your stuff all the time. But the second you walk into that dressing room, you feel like rolled up sausage. And it’s not fun.

So, we have to take that into consideration that every time we walk into those atrociously lit dressing rooms, we’re not seeing reality. Try on the clothes, make sure you are COMFORTABLE, and check to see if you would feel good about yourself wearing it. Forget the mirror – its truth telling ability has been compromised by crap lighting.

3. Dress for your Figure

It’s not rocket science, but it can help a lot. When shopping, it’s best to go for items that you know will flatter your shape. Because no matter what, even if you go up 3 sizes out of desperation, pieces that are not meant for bigger butts won’t ever look good on bigger butts. But you know what does look good on some big butts? That skirt. Those jeans. This dress. So why not go for those items? Dress for your figure. It will save so much frustration!

In her book Bossy Pants, Tina Fey even goes so far to call out the major designers. She claims that designers will go all out in their actual creations, but in reality, if you see them at a fashion show or walking down the street, they tend to wear very simple looks that flatter their bodies. She claims if the FASHION MOGULS are dressing for their shapes, why shouldn’t we?

Queen Fey has a point.

Even though I’m not a big tabloid person, or fashion person for that matter, I do like to benefit a little bit from the cultural obsession we have with celebrity fashion. I’m all about #AskHerMore and all, but I do like observing celebrity’s overall figures and then seeing what they choose to wear. I mean let’s be real, they usually look amazing, so they clearly know what they’re doing. So a trick for figuring out what would be flattering on your body, would be to find a celeb with a similar shape and see what she rocks!

I tend to have a bit more of a curvy figure—so I like to look and see what Kim, J Lo and Kristen Bell wore. I’m a bit more pear shaped, and these girls certainly know how to rock it. So I take their lead. I wore a peplum last fall (just one, it was a big deal for me) and try to find things that give a little more in the hip area. It works. So my advice is to find your celeb shape look a like and take some notes! Then, when you’re at the mall, be more selective. Don’t force it. Be at one with your body. Namaste.

Want help feeling confident in your own skin – regardless of the mall?
JOIN TODAY.